Skip to main content
Read the Report
Explore More
Close
Audio
Economics and Globalization
Softwood Lumber Part 3: What Wood You Do If You Were A Homebuilder?
Share on FacebookShare on TwitterShare via Email
SharePrint
Part of the Viewpoints Series
Article

Life on the Ground in Iran: From the View of the People 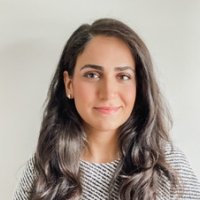 After the Iranian Revolution in 1979 and the rise of the Islamic Republic, a series of promised changes were assured to the people of Iran. In addition to a theocratic regime free from western influences, the revolutionary government offered mass redistribution of wealth among all its citizens.

Determined to rebuild Iran’s legacy and global standing, Iran enjoyed an economic boom and rapid infrastructure development under the Pahlavi dynasty. Oil revenues propelled economic growth, and while elites and the private sector prospered, the revolution claimed to speak for rural people and the poor, championing conservative values. The fall of the Shah had an immediate negative impact on growth. The economy fell further and stagnated during the 1980s due to the Iran-Iraq War and the collapse of oil prices.

The new Islamic Republic of Iran’s redistribution policies were intended to create a new socio-economic structure and empower the poor and underprivileged. Unfortunately, the outcome resulted in inflation, income inequality, unemployment, and increasing poverty. Numerous other exogenous shocks and international sanctions also accelerated the spread of poverty. I spoke with people in Iran about how they see their economic fortunes under the perception of poverty on the rise.

In the late 1990s, Iran’s economy was stable but still struggling in the aftermath of the Iran-Iraq war. Sanctions were not yet in place, and wages complemented living expenses since the currency was stronger. Mohammad Khatami, the elected president, focused on reform of select government systems that could better equip the country and the people. For example, he strove to change the international community’s perceptions of Iran, so that it could rebuild relations and augment foreign direct investment.

I was told that once Mahmoud Ahmadinejad was elected president, all of Khatami’s changes were cast aside. Eager to be seen as a champion of the poor, he made a series of poor policy decisions, including eliminating the Management and Planning Organization (Iran’s version of the Congressional Budget Office), which resulted in foreign countries retracting their investments. He assumed this would benefit the economy, yet it caused more damage than good.

Ahmadinejad also implemented a welfare system (Yaraneye Ma’ishati). Rather than establish a plan to rebalance wealth in society, it promised 45,000 Tomans per person every month (about $2 today) to everyone, despite their income. When funds started to run out, the aid shifted to only those who were in the most desperate need. Now only one-third of the country receives any kind of economic aid. For example, a couple receives an additional 100,000 Tomans, totaling 190,000 Tomans per household every month (around $8 today). An additional amount is disbursed depending on the number of dependents in the same household.

Due to the increase in living expenses and commodity prices, especially food, real wages for Iranians no longer reach a middle-class standard, pushing people into de facto poverty.

The downfall of this system is since sanctions were emplaced, all citizens face higher prices for goods, including food. The increase in prices renders food stamps insufficient. The overall cost of living has also increased immensely, making it impossible for many to make ends meet. An average Iranian makes about $150-300 a month, while an average middle-class individual makes about $400-700 a month. Due to the increase in living expenses and commodity prices, especially food, real wages for Iranians no longer reach a middle-class standard, pushing people into de facto poverty.

For example, today, a person who makes $146 per month (3,500,000 Tomans) pays $83 for a one-bedroom apartment per month, not including utilities. Therefore, two-thirds of their income goes directly to rent. Since Trump’s Maximum Pressure policy was implemented, there has been an increase in people falling below the poverty line. For instance, it is common to see children washing cars, teenage girls getting into prostitution, parents selling their newborn children, and people selling bodily organs near doctors’ offices and hospitals.

The Yaraneye Ma’ishati program was already sliding to economic irrelevance. But with the impact of the COVID-19 pandemic and the resulting economic shutdown, in July of 2020, the government offered a 1 million Toman (about $42) stipend to the families that are recipients of the welfare system. The catch, however, was that the sum would be taken out of their future monthly allotments until the residual amount was paid back. In this case, it was never really a relief package to stabilize incomes at all – it was a loan.

Since the beginning of 2021, the government has failed to initiate any additional relief packages and people are now “paying off” the loan with reduced welfare. Meanwhile, thousands of Iranians, including beneficiaries of the program, have lost jobs and incomes due to the pandemic. A deadly third wave swept through the country just this past April. In short, Iranians, especially the poorest, are squeezed between paying back their government “aid”, higher commodity prices, and lost livelihoods.

This truly illustrates the dissonance in welfare and economic policy in Iran. The neediest families are in a double bind: they have been hit especially hard by the pandemic and are unlikely to get additional relief until the resolution of the June elections when Iran elects a new president. Meanwhile, sanctions make life nearly unbearable for many, and even though rising prices and stagnant wages are pushing more Iranians into de facto poverty, the line required to receive Yaraneye Ma’ishati has not been redrawn; meaning economic relief is still out of reach for those pushed out of the middle class.

Under these circumstances, the divide between the government and the people is becoming wider. Among those I spoke to, it was stated multiple times that building a stable future and career is close to impossible, especially for young people. Colleges aim to collect money rather than assist students in building skills. In addition, young adults rarely seek higher education due to a mass decrease in available jobs, the majority of which are low-skilled and do not require a diploma. It is all too common to find a graduate with a Ph.D. working at a market or restaurant. It was perceived that the young adult population has lost motivation to better their skills since they fear a stable future is “non-existent”, and reiterated that young adults are just surviving and not living. In this environment of instability, young people are also delaying starting families, which could have long-term impacts on Iran’s demography and productivity.

Sanctions have resulted in exhaustion within the population. Most people want changes to finally ease their hardships in livelihoods, incomes, and prices. Under these difficult living conditions, government programs have not delivered the help people need. I heard constantly that relief programs simply do not work to achieve a stable functioning lifestyle. The Islamic Republic promised a redistributed wealth amongst all class citizens, yet that is not what the result has been. The economic relief has been inadequate and unsuccessful.

To truly benefit its citizens, the government must focus on growth and work with the international community to invest and provide jobs for youth.

The sentiment imparted by my interlocutors on the ground was simply this: Iran should merely focus on the people within it. But this does not mean more welfare. To truly benefit its citizens, the government must focus on growth and work with the international community to invest and provide jobs for youth. In fact, cultural and educational diplomacy can help establish stronger relations with foreign countries and ultimately help stabilize the economy and diversify the skills and expertise in Iran. This could be a great start, but in the end, if officials care truly about their people’s suffering, they will impose no limits on building trust with the international community and restoring Iran’s position on the global economic stage.

Audio
Economics and Globalization
Softwood Lumber Part 1: Lumber Sure Does Cost a Lott 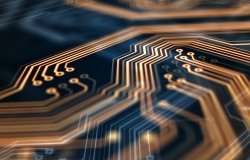 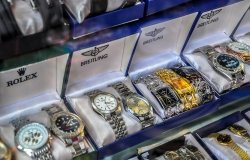 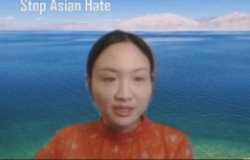 Article
Economics and Globalization
Ling Chen Testifies Before the U.S.-China Economic and Security Review Commission on the CCP’s Economic Ambitions, Plans, and Metrics of Success
By Ling Chen on July 22, 2021 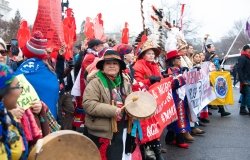 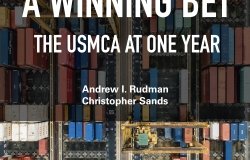 Publication
NAFTA/USMCA
A Winning Bet: The USMCA at One Year 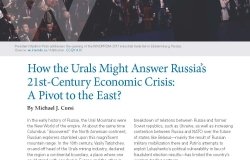 Publication
Economics and Globalization
Kennan Cable No. 69: How the Urals Might Answer Russia’s 21st-Century Economic Crisis: A Pivot to the East? 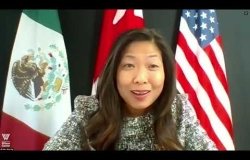 Video
NAFTA/USMCA
USMCA at One 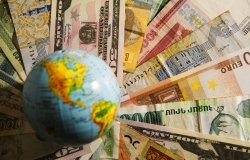 Article
Economics and Globalization
Rewriting Global Tax Rules: It Ain’t Over Til It’s Over
By Daniel S. Hamilton on July 8, 2021