Central banks’ mandates of price and financial stability will increasingly face the risks posed by climate change and other global ecological challenges such as biodiversity loss. This suggests that central banks have a role to play in managing these risks. However, climate-related risks are characterized by radical uncertainty and the need to engage in a system-wide transition, which requires both independent action from multiple stakeholders and an unprecedented level of international coordination. Central banks’ interventions are therefore constrained by both the nature of our ecological predicament and by the need for structural change. The question regarding their role must then be reframed as follows: Given that structural transformation of the global economy is a prerequisite for financial and price stability, how can central banks contribute to the coordination needed to preserve the resilience of our Earth’s ecosystems?

The unprecedented challenges posed by climate change are well documented. Climate-related impacts, such as rising sea levels, droughts, floods, extreme weather events, and soil erosion, are projected to increase over time. They could lead to unbearable stresses on ecosystems and “untold suffering” for human beings, according to more than 11,000 scientists.

Through these impacts, climate change can generate geopolitical tensions and pose significant financial and economic stability problems. What is more, the worst consequences of climate change will likely be concentrated in low-income countries, potentially leading to the displacement of hundreds of millions of people and increasing global inequality, reversing the trends of income growth made over the past decades, and triggering new conflicts.

While avoiding these impacts seems a no-brainer, the hard reality is that a low-carbon transition also raises significant geopolitical issues (unless one puts all one’s faith in technologies such as geoengineering that would solve the problem). For instance, a move towards renewable energy could shift the balance of power between countries, reorder trade flows and global value chains (e.g., because of climate clubs among countries willing to implement adequate carbon prices), and even generate new conflicts related to access to minerals needed for renewables. Moreover, some countries (for instance those involved in the extraction of shale oil and tar sands) would need to rapidly discontinue some key carbon-intensive activities, which could generate important losses of revenue (although those could ultimately be compensated by employment and revenues in other sectors).

These patterns may partially explain why the principle of “common but differentiated responsibilities” enshrined in international climate negotiations remains largely ineffective. While many of the wealthiest countries committed to mobilize US$100 billion per year in climate financing to accelerate mitigation in developing countries, current pledges remain unfulfilled and this amount will in any case fall far short of what is necessary. In the meantime, the wealthiest 10 percent of individuals on the planet are responsible for about half of total CO2 emissions, while the bottom half of the population in terms of income emits just 10 percent.

What Role for Central Banks in Managing “Green Swans”?

Central banks and financial regulators now recognize that these patterns are a source of financial instability. The physical impacts of climate change could lead to much more disastrous and irreversible outcomes than the COVID-19 pandemic, while the transition to a low-carbon economy also raises significant risks. For instance, limiting global warming to less than 1.5°C or 2°C requires keeping a large proportion of existing fossil fuel reserves in the ground. These stranded assets could suddenly be written down and trigger a “climate Minsky moment”—a systemic crisis triggered by an abrupt change of sentiment regarding the ability to repay climate liabilities.

Climate-related risks taken together are best understood as “Green Swans” (see figure below). Green Swans have similar features to Black Swans, in that they are ex ante largely unexpected rare events with severe consequences that are all too readily rationalized ex post. But Green Swans have two additional features: (i) scientific evidence suggests that climate-related shocks are almost sure to occur (though the exact timing and impacts of these events remains highly uncertain); and (ii) they involve irreversible losses (financial, material, and the loss of human lives) that can pose an existential threat to humanity.

Importantly, Green Swans involve other ecological risks, such as those tied to the accelerating decline of the Earth’s biodiversity. For instance, the crisis caused by the pandemic of COVID-19 has been linked to the destruction of our natural habitats, which in turn is likely to facilitate the emergence of other pandemics in the future. Viewed from this perspective, the current crisis is the manifestation of a particular Green Swan event.

Given that climate change and other ecological challenges are a source of financial risks, it is within the mandate of central banks to safeguard the financial system against these risks. The central bank response cannot rely on traditional risk assessment models, which merely extrapolate historical trends and do not include the risks related to natural disasters (of rising magnitude and incidence) and to a system-wide transition (which has not yet occurred). Therefore, in order to better understand Green Swans, a methodological shift in macroeconomic and financial modeling is needed. For instance, focusing more on forward-looking scenario analysis and on non-equilibrium modeling can better represent uncertain transition dynamics.

But no single model will be able to account for the uncertainty and complexity of Green Swan events, which involve physical and transition risks that propagate non-linearly, with multiple feedback loops and chain reactions that cascade across sectors, countries, and systems (see figure below). With regard to physical risks, when climate tipping points are crossed, there may be catastrophic and irreversible impacts that are simply impossible to quantify with any reasonable degree of accuracy. Staying below these tipping points requires multiple immediate and ambitious measures towards an economic structural change and an even deeper socio-technical transition, which also generates significant complexity and uncertainty.

This means that central banks cannot address climate change on their own. They must join forces with other institutions. In “The Green Swan,” we outline four areas in which they could do this: (i) the quest for new policy mixes between fiscal, regulatory, monetary, and prudential policies; (ii) the promotion of long-termism and environmental values in the financial sector; (iii) the integration of sustainability accounting in national and corporate accounting frameworks; and (iv) the reform of the international monetary and financial system.

With regard to the fourth area, it is important to emphasize that climate stability is a global public good and that an equitable transition to a low-carbon economy will require an unprecedented level of international cooperation. As a first step, and especially in light of the COVID-19 pandemic, massive public investments will be needed. Multilateral development banks will have a critical role to play in this area. They can help coordinate national governments’ crisis mitigation public policies, prioritise emergency funding for the poorest countries, and ensure debt sustainability following the crisis.

But more is needed. Tackling the new global challenges posed by climate change demands a global joint governance of climate and financial stability, possibly including the creation of a new international agency that would: (i) provide financial and logistical support to countries facing a climate or ecological shock; and (ii) supervise and coordinate climate mitigation policies among member countries. Some analysts have also proposed adding a climate change mitigation mandate to existing international institutions such as the International Monetary Fund (IMF), as part of their responsibilities to manage the international monetary and financial system. In particular, proposals have been made to issue “green” Special Drawing Rights (SDRs) through the IMF to finance green funds. SDRs could be allocated to national and multilateral development banks and be pledged to finance the national commitments to reduce carbon emissions under the Paris Agreement.

As bold as they seem, these initiatives are essential to build a multilateral governance system capable of channeling savings from all parts of the world to finance the low-carbon transition. This new governance architecture would then facilitate the task of central banks, but the reverse may also be true. For instance, by joining forces among themselves with the creation of the NGFS (Network for Greening the Financial System), central banks have shown that international cooperation on climate change, in the spirit of the Bretton Woods order, is possible. This is what we need to address today’s global challenges.

Co-authors of this essay are co-authors of “The green swan: central banking and financial stability in the age of climate change.” The views expressed are those of the authors and do not necessarily reflect those of their respective institutions. 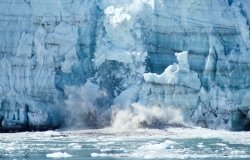 Blog post
Climate
Melting Arctic Sea Ice Does Not Itself Raise Sea Levels. But…
By Ambassador Mark Green on September 20, 2022 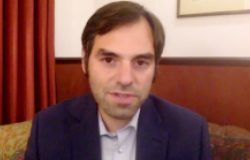 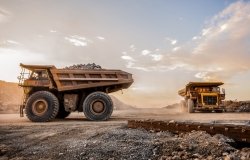 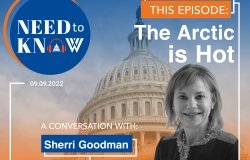 Audio
Climate
The Arctic is Hot 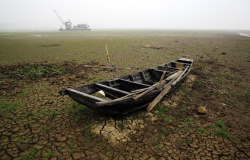 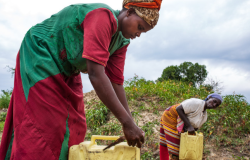 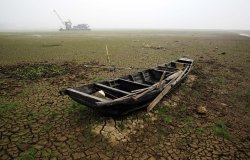 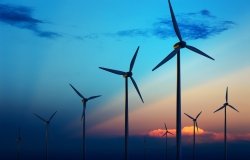 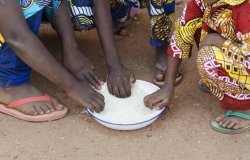 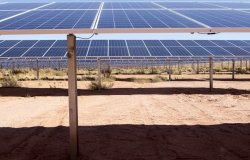 New Security Beat
Climate
Climate Solutions from the Ground Up: The Importance of Place-Based Approaches 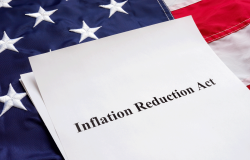